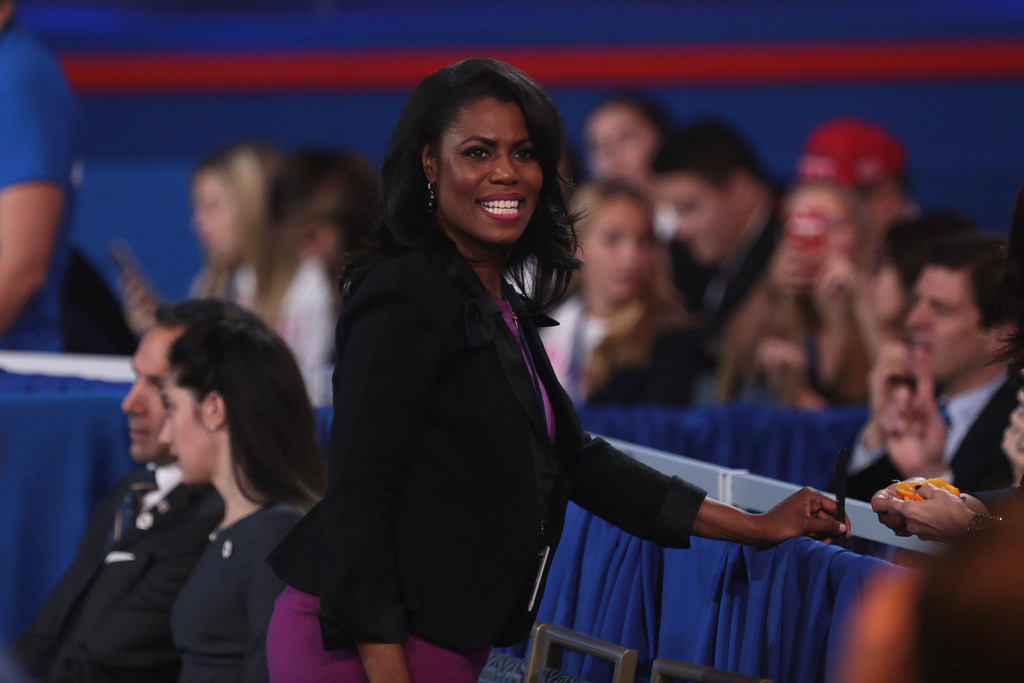 When Omarosa was fired in December of last year, I think a part of me automatically knew she wouldn’t go down without a fight. According to the accounts I read immediately following her firing, it was ugly. She didn’t go quietly or easily. She had to be escorted out of the White House by Secret Service.

Like everyone else disgraced in the political world looking to make a quick buck, she’s published a “tell all,” hoping to be able to capitalize on her experience in the White House thinking she could turn herself into a valuable source for our fanatically anti-Trump media.

Once she was fired, she claimed she was “haunted” by the things he said. He was suddenly a completely different person than the candidate she campaigned for or the boss she worked for. I mean, who knows — people change. But if I was really that disturbed by my workplace or my friend/boss’s actions, I don’t think I’d have to be dragged out kicking and screaming.

Not for a second did I actually believe Omarosa’s claims about the “N-word tape,” because if it existed Hillary would’ve gotten her hands on it. But the more I thought about it, I couldn’t help but wonder how much it would actually matter if the tape existed in the first place. Hear me out.

I was unemployed for 6 months — and not in a “digital nomad” or “Instagram model” or “9-5??? Couldn’t be me 😤😤😤” way — I was canned and desperately struggling to find a new job. That was probably the lowest I’ve ever been in life, and with every month that went by I became exponentially more depressed. My entire life was put on hold because I didn’t have a job. I didn’t have a social life or a love life, and I was losing it. And when I finally got a job that I could be proud of and find purpose in, my life did a 180. People will tell you that it’s all about your mentality and your ~vibes~ and the “law of attraction” — and to an extent they probably have a point. But all of the positive thinking in the world really doesn’t mean shit when you’re making $0.00, you’re spending all of your savings on student loans and everyone’s entrepreneurial webinars about “bEiNg yOuR oWN bO$$ 🤪” and “hOw t0 mAkE 5 tRiLLiOn dOllars in 5 wEEkz” cost your first born and a blood sacrifice.

All that to say that jobs matter. Whether you’re working at Walmart or on Wall Street, being able to get up and contribute SOMETHING to society and have some sense of ownership and purpose for your life is important. And under President Trump, unemployment has hit record lows for all Americans and all time lows for black Americans. People can try to discredit that, downplay it or attribute it to Obama but no amount of mental gymnastics will negate the simple fact that right now, Donald Trump is the President and right now, and black unemployment is historically low.

I don’t believe Trump is racist, but if his policies positively impact the people he supposedly hates would it actually matter? Would his personal attitudes be more important than his policies and their real world results?

I’m not trying to excuse or minimize racism by any stretch of the imagination, but what this Omarosa situation has emphasized to me is that many people judge the President by what they perceive as his intentions and ignore his actions while they did the opposite for his predecessor, constantly giving Obama the benefit of the doubt no matter what was actually accomplished. People have such strong biases against Trump (and to be fair, he makes it too easy for them) that they’re incapable of processing anything he says or does without tying it to the monster they want him to be. And people wouldn’t need to be making up Trump related psychiatric disorders if they would judge him more by the outcomes of his actions, and less by trying to translate everything he says or tweets into a coded Mein Kampf excerpt.

« What No One Will Admit About Toxic Relationships

Mollie Tibbetts & My Hatred For Everyone »