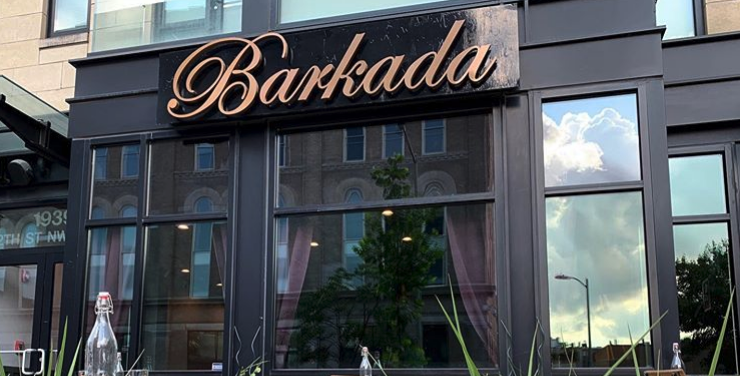 There are offenses that make sense, and offenses you can wrap your mind around even if you don’t share the point of view. Like the millions of Colombians that refuse to watch Narcos because they feel like it glorifies and romanticizes a man that terrorized and destroyed their country. Or when gay couples are asked “which one’s the man and which one’s the woman?”

But as a general rule of thumb, I believe the more easily a person is offended is usually an indicator of intelligence, composure and stability — or more accurately, a lack thereof.

And watching D.C. gang up on a wine bar for using a Filipino name, that’s never been more clear to me.

Apparently, I’m in the minority as someone that can bare to follow people whose politics drastically differ from my own. I’d argue that following people I don’t agree with only strengthens my own convictions, keeping me informed on ever evolving talking points and giving me insight into how current events are framed and received outside of Washington and my day to day conservative bubble.

So I follow quite a few liberals on social media. I was tapping through Instagram stories when I learned that a D.C. wine bar was in the process of being cancelled because their name came from a different culture than the cuisine they serve or their management.

It’s ironic that in a population so overwhelmingly liberal, where most people are acting like a disease with less than a 1% chance of killing most people should indefinitely shut down life as we know it, people have found the time to pearl clutch and couch faint over the name of a wine bar. Like, actually astounding.

Don’t get me wrong. I get that people can care about more than one thing. But this is uncanny. President Trump is being raked over the coals for addressing the threat posed by a hostile foreign entity stealing our data because we’re in a pandemic, but it’s somehow less trivial for Woke R Us to declare war on a wine bar.

What kills me is that this bar has barely opened. They posted a “coming soon” announcement on Instagram on June 16th. My best guess is that the launch was interrupted by coronavirus, and after being lucky enough to survive lockdowns and ready to open, the entrepreneurs behind this venture are having the rug ripped from under them yet again. And now after bearing the brunt of coronavirus, they now have to spend thousands on rebranding. They really can’t catch a break.

I work for a startup. The entire team brainstormed names, and I suggested obscure foreign word after obscure word that I thought captured the essence of our company. Words that didn’t exist in English but summarized our values and what we did for clients.

I DIDN’T DO ANYTHING WRONG, AND NEITHER DID BARKADA’S OWNERS.

I’m past a stage in my political journey where I’m defaulting to characteristic generalizations of everyone that disagrees with me. I’m genuinely trying to foster dialogue and reach shared understandings. Sure, I’m more than happy to give people tastes of their own medicine, especially if I’m forced to play on defense but in general, I’m trying to do a better job of meeting people where they’re at and understanding where they’re coming from.

But there’s no way I can rationalize what the social justice mob did to Barkada.

One of the most beautiful things about cultural exchange is exploring the universality of the human experience. It’s hearing a song in a language you can’t speak or read but still feeling seen and heard. It’s discovering a word or phrase you’ve always longed for without ever being able to verbalize. It’s talking to someone who grew up worlds away from you and realizing you have more in common than you thought was possible.

But now every attempt at bridging that gap and sharing those words and songs and stories is becoming increasingly difficult under the constraints of wokeness.

We’re constantly told that diversity is our strength, and that immigrants make America what it is. What weight can those claims hold if the only way we’re allowed to interact with different cultures is through an observatory glass, with a rule book thicker than the unabridged Les Mis?

I wish Barkada’s owners had gone the way of Trader Joe’s and told the entitled assholes bombarding them on Instagram to go fuck themselves, but they didn’t. They’re changing their name, and DC — and our country — is worse off for it. A new U Street wine bar changing its name may seem inconsequential, but with every inch we give these tyrants, we’ll lose a mile. Make The Perpetually Offended Stop Thinking They Matter Again.