I got fired 3 years and a week ago, and I remember it like it was yesterday. It was easily one of the worst days of my life. And the next 6 months of unemployment were the lowest I’ve been in my adult life by a long shot. At first I was hopeful. I was optimistic about starting a new chapter of my life and all that was in store. The possibilities were endless. But I applied to job, after job, after job — and was lucky to even get a rejection email back.

And in the face of this pandemic, as companies, small businesses and organizations are forced to lay off their workers and a record 10 million Americans file for unemployment, I can’t help but remember what it felt like to lose my job.  But I can’t begin to fathom what it be like to lose my livelihood to something completely out of my control — and job opportunities rapidly declining across the country.

These people — the people losing their jobs left and right to coronavirus shut downs — aren’t like me. They didn’t end up where they are because of choices they made, or because of anything they did wrong.

Coronavirus has devastated not just our country, but our world. People are dying every day, and it’s important to do what we can to prevent unnecessary death. We all have to make sacrifices in the short term for the people around us, and particularly for our more vulnerable populations.

But coronavirus hasn’t just devastated us medically; it’s devastated us financially — and it’s willfully delusional and juvenile to minimize the economic impact of this pandemic. Because the economy is putting more Americans at risk than the virus itself. 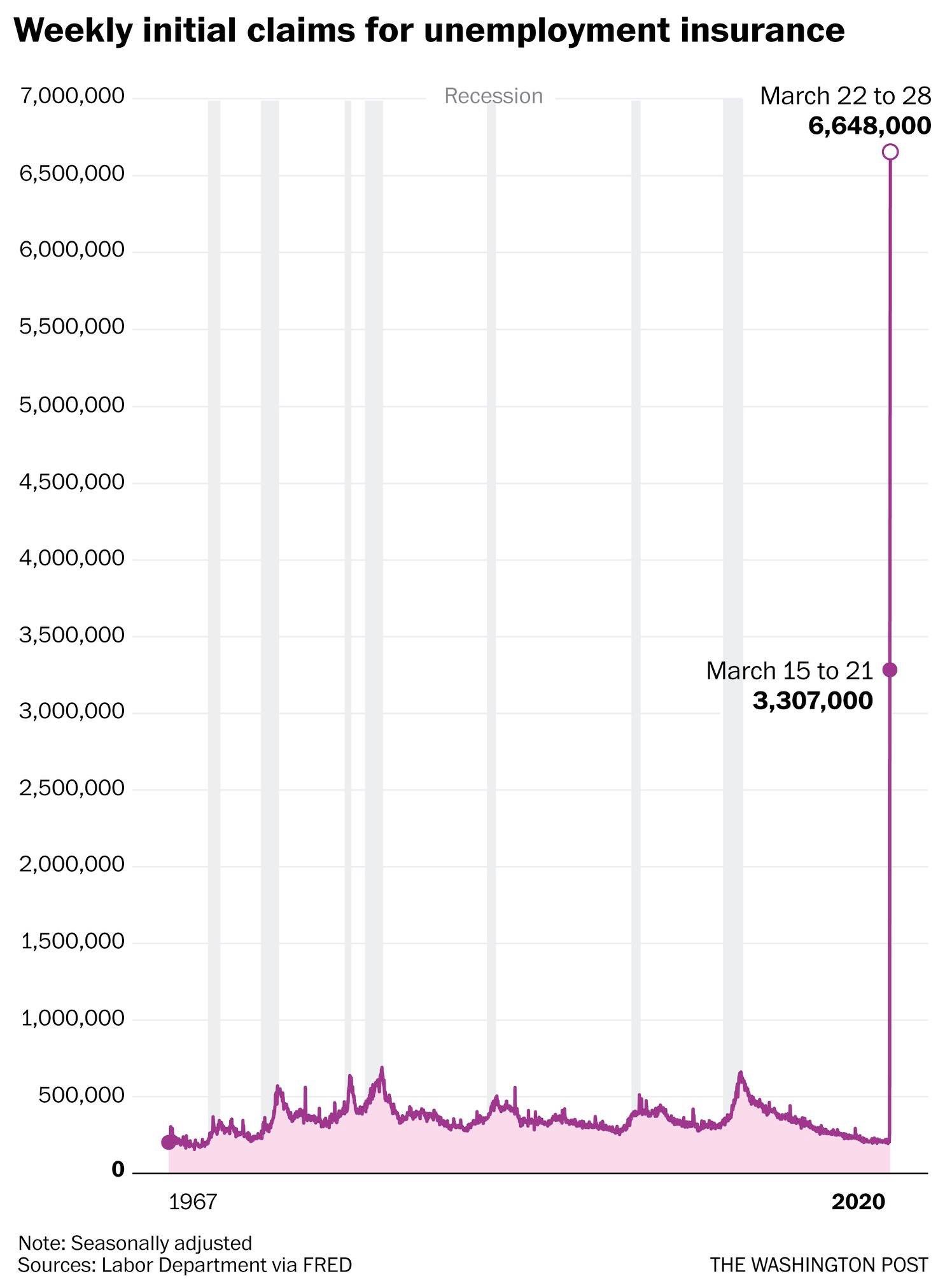 I’m not saying we should throw caution to the wind and hope for the best to bolster the economy. But I am saying that 10 million Americans out of work is a crisis in and of itself that can’t be brushed aside or sugarcoated with some celebrities singing John Lennon or some kumbaya social media challenge.

I’m really lucky because as of now, I still have a job and I’m still being paid the same. Many of the people I know are in this position. But I’ve talked to people from all walks of life, in vastly varied lines of work, and it’s stupefying just how many people have had their lives turned upside down by this virus — and more specifically, its economic fallout.

When you hear a number like 10 million, it can be difficult to understand the real impact — or to imagine the real faces and lives behind the vague statistics.

Even when we hear words like “economy” it sounds like something distant, and vague, and corporate. It sounds entirely detached from the people of our country and their day to day lives.

But the economy isn’t some abstract entity that we can ignore. The economy isn’t a bunch of Wall Street bankers and executives with monocles and top hats conspiring against the middle and working class. It’s not something you can separate from the men, women and families that make up America.

And the longer the economy is shut down, the more Americans will be hurt. Every day this goes on means more businesses will be forced to close their doors for good. And with every business that shuts down, even more families are left wondering how to put food on their tables, keep a roof over their heads and make ends meet. Another one in 10 million statistic is being told their very real problems and very real lives don’t matter because according to Woke R Us, the economy doesn’t.

When the economy suffers, the American people suffer. Not just the CEOs and partners and so-called 1%. We all do.

I want people to be safe and healthy. I don’t want anyone to die. I also want people to be financially stable and secure — and that doesn’t make me a monster. That makes me an adult that knows what it’s like to be jobless, with huge financial burdens, without the slightest clue where my next paycheck is coming from or when it’s coming.

This isn’t about my travel plans or rooftop bars or eating out or live music. Of course I miss those things, but that’s not what matters right now. This is about the flight attendants and bartenders and bouncers that have been out of work for 3 weeks now.

You can’t strip a person or their livelihood, throw $1200 (of their own money) at them, and tell them to suck it up and wait it out. And you can’t call people heartless or selfish for wanting to open the economy back up when over 10 million American lives are depending on it.