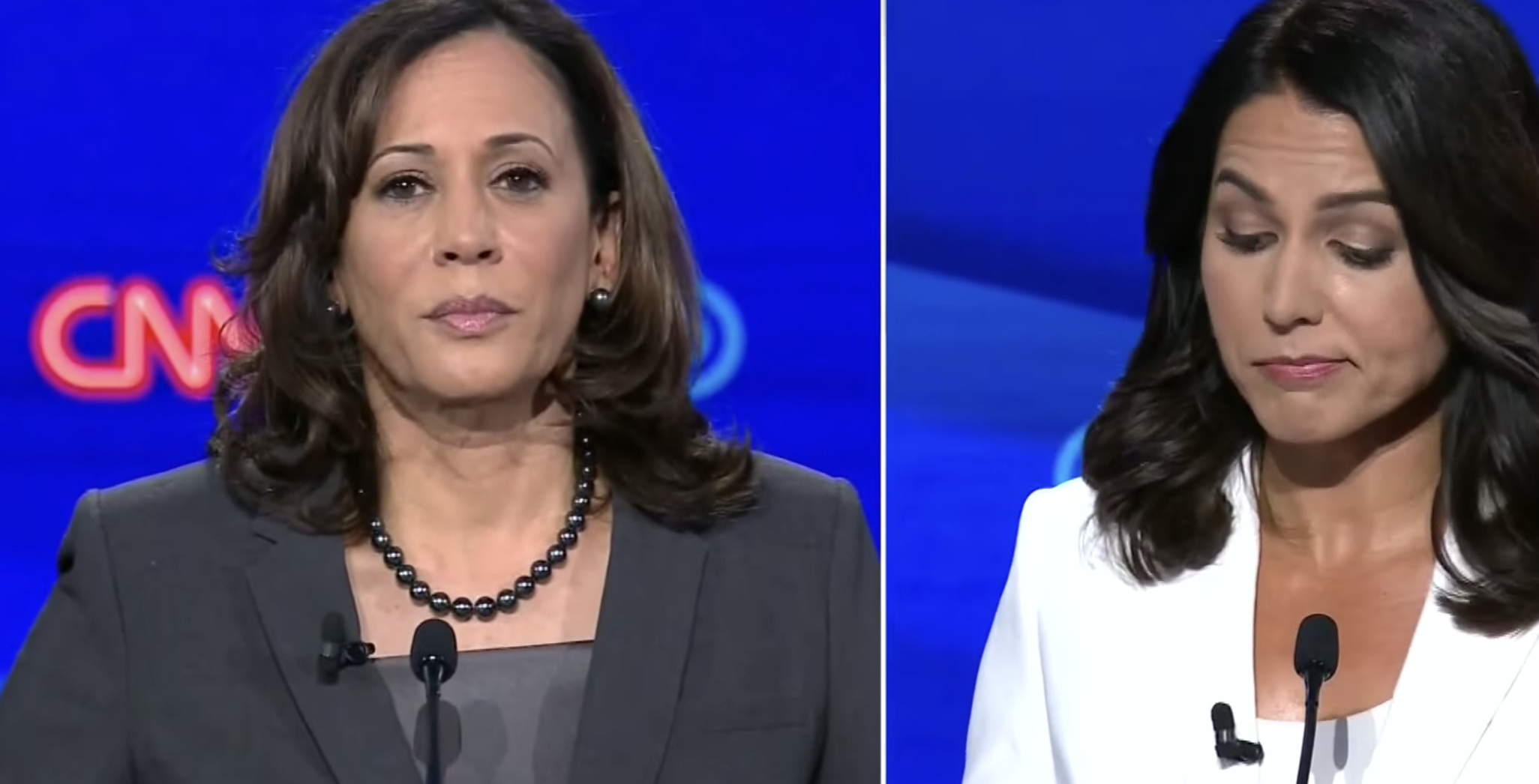 Remember when LC told Heidi, “All that’s left to do is forgive and forget…so I want to forgive you, and I want to forget you” in one of the last episodes of the Hills? Our jaws all fell to the floor. It was cold hearted. It was lethal. Most importantly, it was incredible.

I can’t remember the last time politics has garnered one of those reactions from me. But last week, Tulsi Gabbard did just that in a heated exchange with Kamala Harris on night 2 of the second round of Democratic Debates.

It was a hard hitting, impeccably delivered, and most importantly ENTIRELY VALID criticism of one of the Democratic frontrunners, and a huge moment for Tulsi. No matter who you are or who you’re supporting, there was no denying that she landed a critical blow that Kamala wouldn’t be able to just shake off.

It was reminiscent of the infamous New Hampshire debate that most can agree ended Marco Rubio’s presidential bid.

In the wake of the debate, the primary retaliation I’ve seen from the Kamala camp (either overtly or behind closed doors) has been by accusing Tulsi of being an “Assad apologist” or suggesting that she’s being propped up by…wait for it…Russian interference.

Tulsi is known for her staunch opposition to unnecessary war and interference in foreign conflicts. The United States has considered war with Syria time after time, and it comes as no surprise to anyone that has paid any attention to her that she fought it. In an effort to get a better understanding of what was going on outside of sensationalized media headlines, she met with Assad. She’s never denied the fact that he’s a brutal dictator — but has seen the waste and devastation of regime change both in human lives and taxpayer dollars. And I agree with her. Can we say honestly and openly that any of our attempts to overthrow one dictator have truly ended in peace or prosperity in the Middle East?

But you don’t have to agree with me on foreign policy to acknowledge what a weak attempt at reprisal this was. She met with a terrible person. Trump met with Kim Jong Un. Clinton met with Kim Jong Il. Obama met with Castro. It may not make us happy, but that’s politics bitch. 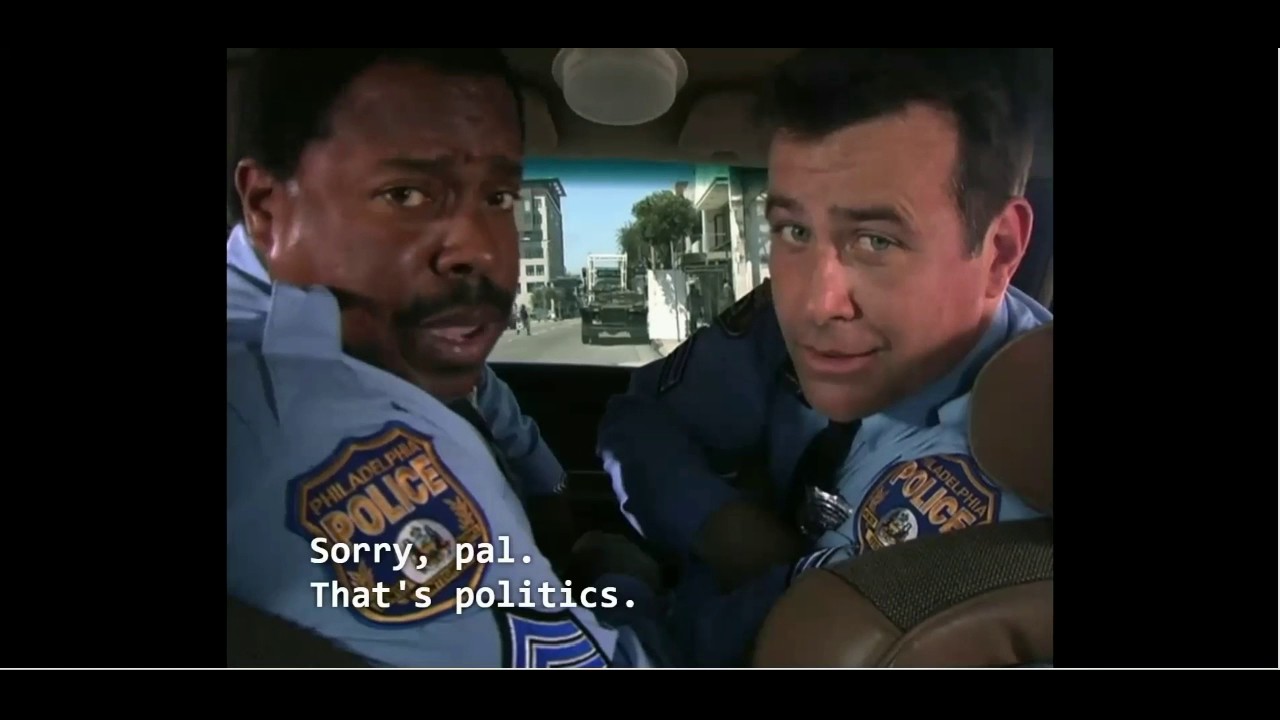 As a Trump supporter, I have to admit that my gut reaction to accusations of Russian interference is to just roll my eyes. But I ignored my instincts and bias, and actually looked into some of the published articles about Russian media’s bizarre coverage of her. And I have to admit valid questions were raised.

But with or without Russia, Tulsi DOMINATED in a debate using Kamala’s actual RECORD — not hearsay, not rumors, and not propaganda — against her. It wasn’t Assad that embarrassed Kamala on national television and it wasn’t Putin. It was her own decisions and actions in her previous positions. To suggest that Tulsi was the most Googled candidate after Wednesday’s debate was the result of Kremlin meddling as opposed to landing the most effective, articulate attack on a frontrunner is beyond delusional. It’s a panicked and pathetic attempt that completely ignores reality. 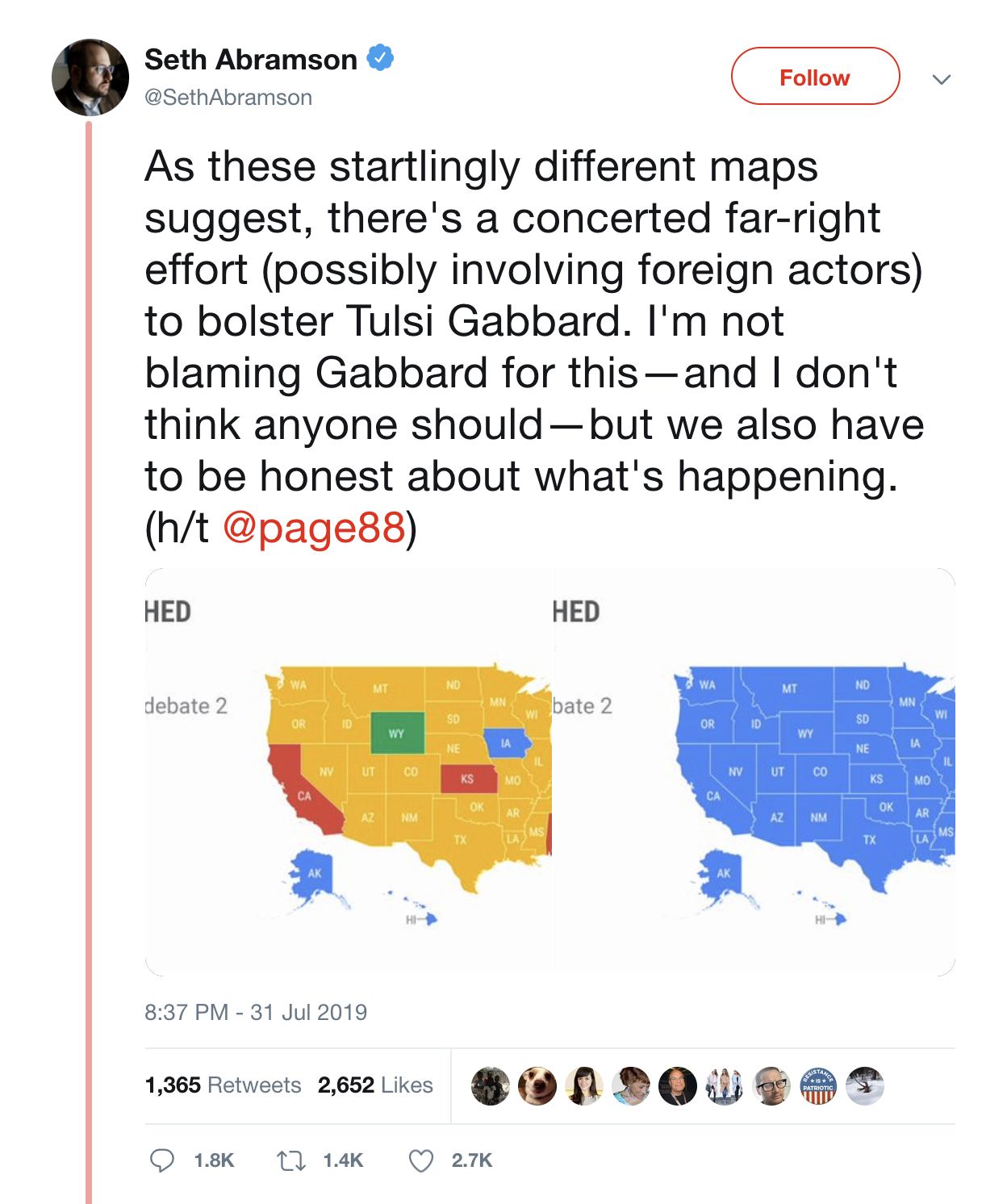 And I have to say, from a purely political perspective, that I’m disappointed that someone as savvy as Kamala didn’t see that attack coming, and wasn’t more prepared for a concise, coherent rebuttal, even if it was 100% bullshit and deflection. Especially following her spat with Biden in the last debate. She of all people should have come ready to be hit hard, duck, and swing back. But she flopped.

I don’t know if this is the end of the Harris campaign or what the future holds for the Democrats. The “Kamala Harris is over” projections may be premature. But I can say confidently that Kamala won’t last past the new year if this is the best she can do in hot water.

How To Get Over Gym Anxiety »