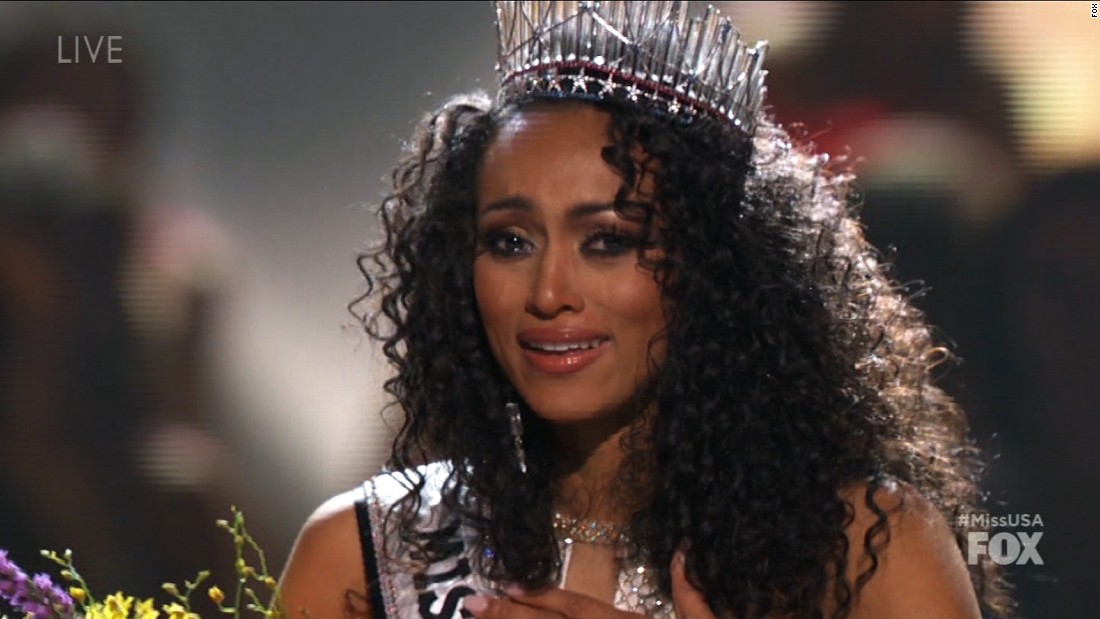 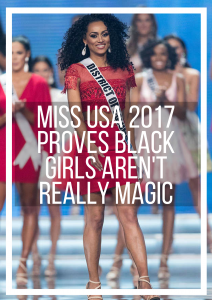 I personally didn’t watch Miss USA, but like any widely televised event I ended up getting a play by play courtesy of Twitter. Presumably for the first time in the pageant’s history, the majority of finalists in both the Top 10 and Top 3 were women of color. As long as they were selected on merit and not as a public relations stunt, I think that’s amazing. I personally think that it is up to parents to raise young confident girls and stop blaming the media for self esteem issues, but I think it served as positive reinforcement everywhere for young impressionable brown girls. And I hope that it reminded women of color everywhere that their skin color can’t hold them back in this country nearly as much as a defeated, victim mentality can.

The winner of the Miss USA pageant, as I’m sure you’ve heard by now, is the District of Columbia’s own Kara McCullough. Kara McCullough is a 25 year old nuclear chemist that also happened to give some pretty conservative answers on healthcare and feminism.

This is what the bombshell had to say about feminism:

As a woman scientist in the government, I’d like to transpose the word feminism to equalism … Women are just as equal as men as it comes to opportunity in the workplace. I have witnessed the impact women have in leadership as in the medical sciences as well as the office environment. As Miss USA I would like to promote that leadership responsibility globally to women worldwide.

And this is what she had to say about healthcare:

I’m definitely going to say it’s a privilege. As a government employee, I am granted health care and I see firsthand that for one to have health care you need to have jobs, so therefore we need to cultivate this environment that we’re given the opportunity to have health care as well as jobs to all the American citizens worldwide.

I will be the first to admit that the answers that pageant contestants give are rarely well articulated, but I chalk it up to nerves and read between the lines. What I got from McCullough’s answer on feminism was that she doesn’t think women are at a disadvantage in the workplace in this country and would like to see that transcend national borders. What I got from her answer on healthcare was that she doesn’t see healthcare as something that should be provided by the government, and that the way to empower people to take charge of their wellbeing is through job creation. These are two ideas that resonate with me, and while I’m not exactly sure where she stands politically, I can’t overstate how refreshing it was to see a beautiful, accomplished black woman say anything that didn’t wreak of self pity. But naturally, feminist twitter took issue with a black woman that didn’t think like a victim.

Huge fan of #MissUSA being a black woman and a scientist and advocate for science education, but dang she could use a class on social issues

y'all are praising Miss USA despite her being pro-Trump, not believing in feminism, & sees healthcare as a privilege.. cuz she Black? hmph

A brown girl won #MissUSA but she thinks affordable healthcare is a privilege and feminism is man-hate so she's cancelled. #ByeGirl

People’s personal biases are bound to be reflected no matter what. If they can see themselves in a contestant however slightly, they’re going to root for them. And a good portion of feminist twitter was rooting for McCullough until she gave her answers. I take issue with this not because I think feminists have a responsibility to support every woman ever, but because of how quickly feminists are to demean women and abandon their so called principles the second someone disagrees with them.

« 5 Millennial Conservative Entrepreneurs That Prove We Aren’t All Morons