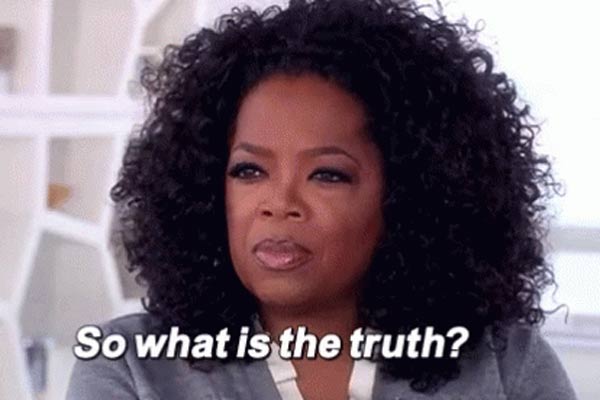 Things are getting spicy in the Democratic primary, and I for one could not be more pleased. Yes, elections are important, and the idea of one of these commies in the Oval Office terrifies me in more than one way, but what can I say — I’m a messy bitch that lives for drama as long as it has nothing to do with me.

I followed Kim Kardashian on Snapchat solely to watch the Taylor/Kanye scandal unfold. I still think about when LC told Heidi she “wanted to forgive her,” paused for dramatic effect, “and wanted to forget her” on the last season of The Hills. Iconic. I rewatch Sammi and Ronnie’s big fight and and Snooki and J Woww writing “THE NOTE” all the time because it’s AMAZING.

And the only thing arguably more intriguing than pop culture/trash tv drama is the drama in politics — especially with the pettiest President to have ever lived.

So when I saw the story break about the December 2018 meeting between Bernie Sanders and Elizabeth Warren, I couldn’t help but get excited. FINALLY SOME ACTION. Some TURMOIL. Some THEATER. Make a SCENE!!!!!

In case you’re out of the loop, several anonymous sources claimed that in a private meeting at Elizabeth Warren’s DC apartment where she was telling Bernie that she was going to run in 2020, he said that he didn’t think a woman could beat Trump in this election. Bernie denied it, people said it was irresponsible reporting, bla bla bla. And then Warren confirmed the story. It came up in the debate, and was framed to favor Warren’s version of events. They didn’t shake hands after the debate.

This “meeting drama” is straight out of the Frank/Claire Underwood playbook, and sorry, not sorry, but as someone with zero horses in that race, I’m living for it.

If I’m being honest, I don’t know who to believe.

I could easily see Bernie making a comment like that — not because I think of him as a sexist, but because when it comes down to it, the nitty gritty of politics are never politically correct. I think any woman running against Trump is going to face significantly more obstacles than a man. Don’t get me wrong — I don’t think most of the Democrats have a real shot against Trump no matter what’s between their legs.

But the general population of the country is nowhere near as “woke” as Washington. At the end of the day, most people are just going to vote for who they think will do the best job, immutable characteristics aside. But people are going to perceive and react to female candidates differently than they will to their male counterparts. It’s not fair, and it varies person to person, but it’s true. And against President Trump, I think it becomes even more difficult for any women with their eyes set on the White House to navigate.

Obviously, I wasn’t there. I don’t know what happened, and I don’t know what was meant. But even if Bernie said something along the lines of what Liz claims, I don’t think it necessarily convicts him as a sexist or misogynist because he has a realistic understanding of the American electorate.

All that said, we also can’t ignore the obvious. Elizabeth Warren and Bernie Sanders are both competing for the far left vote, and her campaign has been floundering. I’m not trying to say that the only reason people would choose Warren as a candidate over Bernie is because she’s a woman — but she obviously has an advantage with a very real faction of both basic Democrats and progressives that want to see a woman in the White House. Ironically enough, a Bernie Sanders staffer was recently exposed by Project Veritas saying that Warren voters were “hung up on vaginas.”

So a story like this surfacing so shortly before a debate as her numbers continue to fall is going to strike almost anyone that’s been paying attention as calculated/opportunistic at the very least.

I honestly think Bernie has a significantly better chance of beating Trump than Warren does not because she’s a woman, but because like so many other Democrats, I think she comes off as the typical politician: she’ll say and do just about anything to get elected with a personality curated and contrived from focus groups and consultants.

Sure, Bernie flip flopped on immigration, but if you’re comparing the two, he just comes off as a crazy old man that believes what he’s saying.

No matter who said what or who’s telling the truth, I think this is going to end up hurting Warren’s campaign more than Bernie’s, and I’m interested to see how the next few weeks play out for both candidates.

« Cory Not In The House

There’s Only So Much Your New Years Resolutions Can Do »