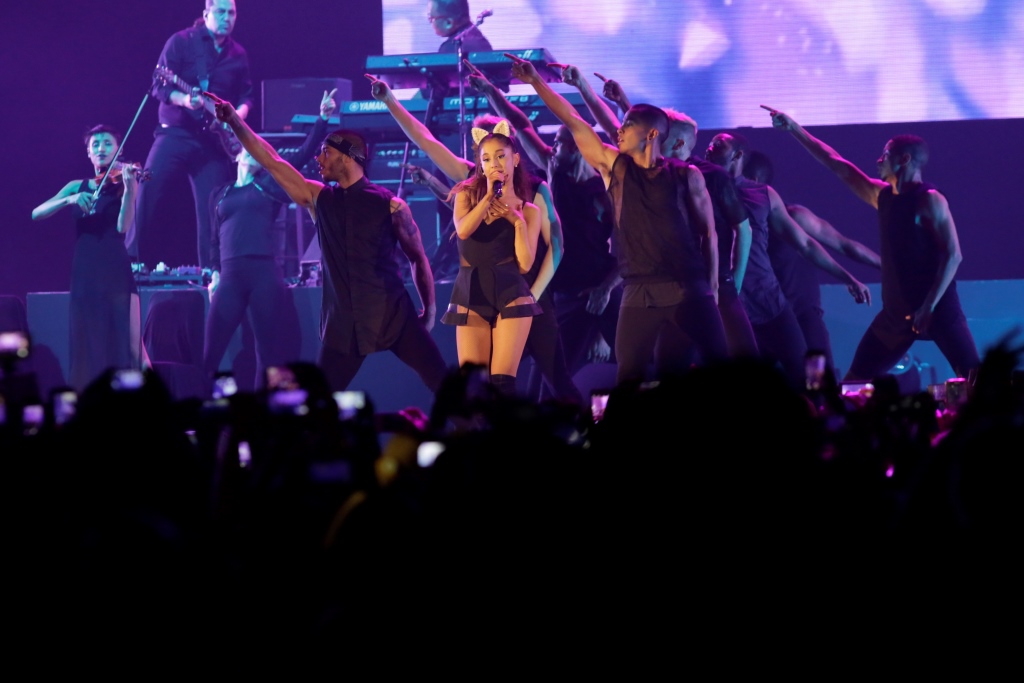 As you’ve surely heard, Ariana Grande’s Manchester concert ended with a bang in the worst way yesterday. Immediately after finishing her set, a bomb went off at the Manchester Arena, killing 22 and injuring 59.

I stared at a blank phone screen for minutes that felt like hours, searching for the right words and desperate to articulate something. Anything. And I realized just how passive I’d become to terrorism in the west. Because as shocked as I was at the news, I wasn’t shocked at all. I watched videos of terrified children, teenagers and families running for their lives. I saw pictures of bloodied, beautiful young girls. Yet I was numb.

I thought about the concert attendees as individuals. I thought about the fact that the concert tickets were probably birthday gifts to more than one of the people in attendance. I imagined a scenario where a die hard fan from a humble background was surprised the morning of the concert with tickets that their parents had splurged on months ago. I imagined goofy 8 year olds dragging along their grumpy but loving fathers. And I imagined a group of naive high school friends sneaking nips into the arena, snap chatting their nights away. I thought about how many individual lives were changed by the premeditated actions of another, and the future of western civilization as a whole.

I’m no Brit. To be completely honest with you, I’m not the biggest fan of the British. I hate their accents and their unnecessary use of the letter “u.” But when I think of Britain, I think of western civilization. I think of an international community that has championed the good in the world despite its ugly past. And as selfish as it sounds, I think about how those things just aren’t supposed to happen here. It’s like when you watch the news and see something tragic. You empathize, you sympathize, you can’t believe what’s going on in the world around you. But then you go into the office, and check your email, and make some calls, and get breakfast. And your life goes on. But then something happens close to home, and everything changes.

This terrible tragedy forced me to confront how desensitized I’ve become not only to terrorism in the developing world, but terrorism in the west. I’ve obviously always known that terrorism was wrong, and it’s a threat that I’ve taken seriously. I knew that terrorists hated us and that they were barbarians with no human decency. But it took an arena full of British kids at a pop concert to remind me exactly what’s at stake and exactly what we’re up against.

There is no low that a terrorist won’t stoop to and no stone that they will leave unturned in their campaign of hate. They will plant explosives at marathons. They will shoot up night clubs. And they will detonate bombs at concerts full of children. Time and time again, they’ve shown us their true colors. They’ve shown us that they can’t be reasoned with, and there is no middle ground. The only way we win this fight is on offense, and every day that we keep our heads in the sand, thinking that hashtags and Facebook filters will fix this is another nail in our coffin.

The Job Hunt Is Like A Depressing Dating App »