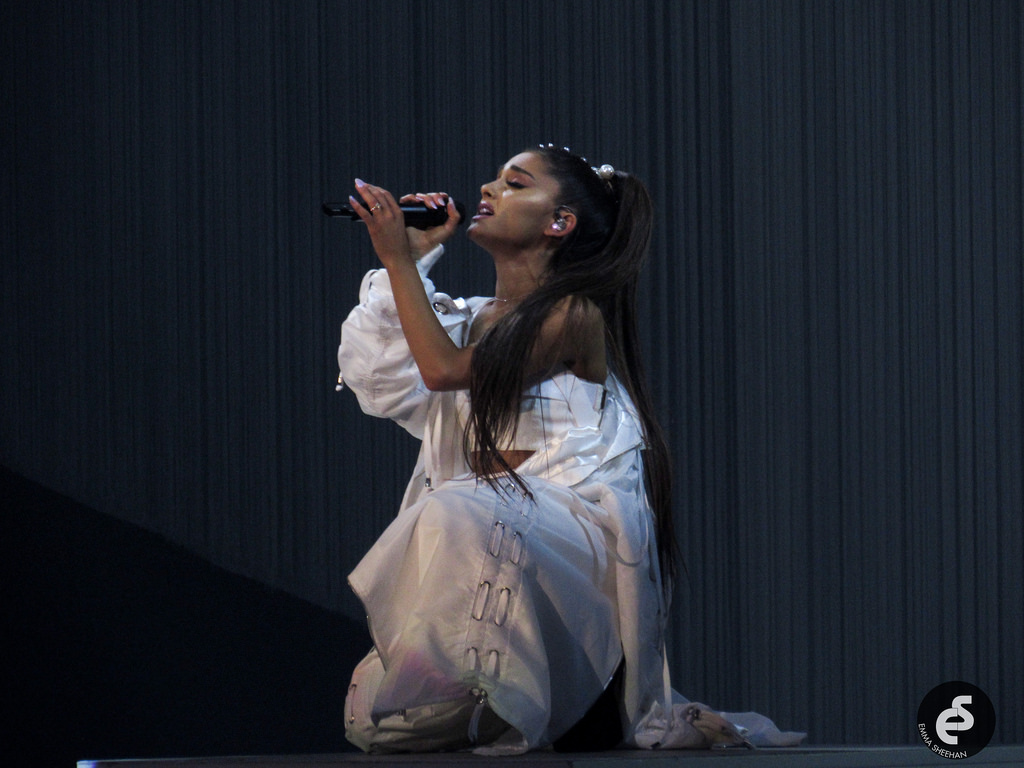 So last Friday, Ariana Grande released her album and basic America broke. And as much as I would like to pretend otherwise, I too, am a citizen of basic America. In fact, my burgundy Uggs recently ripped and I wanted to die. And I was late actually posting this because my roommate coerced me into watching the Bachelor. To be fair though, I don’t think I’ve ever unironically quoted Marilyn Monroe.

But like many other women my age, a boy has taken a barnyard sized shit on my life, and a good combination of upbeat bops and subdued sad anthems helps me work through my many complex emotions.

So this Music Monday, I’ve decided to power rank Thank U, Next as if anyone needed another opinion about the album.

1. Needy ★★★★★ – needy is probably one of the most generic songs ever recorded — and so. damn. good. So relatable it hurts but not that bad because the song is that good. Like, 10/10, my favorite. My life put into lyrics. Dreamy, simple, and allows you to take a little dip into your feelings without completely falling apart.

2. Imagine ★★★★★ – this song — like almost every song in the history of humankind, probably has different meanings for different people. It reminded me of when I have a dream about He Who Shall Not Be Dwelled On, and everything’s perfect. We’re happy, we’re in love, and there are no games. But then I wake up, and everything is shit again. It’s a rollercoaster of emotion, and probably does the best job of any song showcasing her range.

3. Thank u, next ★★★★★ – this is a single girl anthem that will reign for at least the next decade — and with good reason. It’s an upbeat song that talks about lessons learned from failed relationships without going down an avenue of self pity or blindly blaming exes without taking any responsibility. Iconic, despite the dumbass music video.

4. Bloodline★★★★.5 – I feel like this song could go a couple different ways. It could either about realizing the 26 year old coke addicted consultant you’re dating that still has his fraternity letters in his Instagram bio isn’t going to father your children, and deciding to do better, or just being like Brentley isnt going to be the man of my life but he has a hot bod so like maybe he could be the man of the month? It’s either a self love bop or a bad decision bop — but a bop nonetheless.

5. Make up ★★★★? (somewhere between 4 and 5 stars) – the concept behind the song didn’t really resonate with me because I’ve never been in a situation where I was trying to pick a fight for make up sex, but it’s a good song nonetheless. It’s a fun song and I haven’t minded hearing my roommate play it 6 billion times in a row in a 4 day span, so that says something.

6. Fake smile ★★★★ – even though the lyrics aren’t that great, fake smile is also another incredibly relatable bop. Whether it’s in our professional lives, romantic lives, social lives — or life in general just shaking us the F up, we all go through things that make a lasting impression and even traumatize us, and for a while people are empathetic. And then, at a certain point, we feel this pressure to have our shit together and be “over it” and “OK” even though we aren’t. And I think this song expresses this really well without being depressing or overly angsty.

7. In my head ★★★★ – I think at some point, everyone finds themselves heartbroken and wondering where on earth things went left. They’re replaying scenario after scenario back in their heads, and probably find themselves questioning what actually happened vs their perception of what happened. For many of us, it’s an eye opening and sobering experience, and the song captures it pretty well without getting too into the weeds.

8. NASA ★★★.5 – NASA is one of the most popular songs on the album, and I guess I get it, but at the same time it’s not that great. It’s catchy enough, it’s about needing space, and I wouldn’t skip it…but you know…not the most impressed.

10. Ghostin ★★★ – I saw Ariana stans hyping up this song and was actually excited to listen to what I’d been led to believe was a deep, moving, serious song, fully expressing her grief for Mac Miller. I wasn’t into it at all — and to be fair, maybe it’s just me. But I didn’t think it was that great even though it didn’t sound as much like nails on a chalkboard as bad idea. One thing I will say to the song’s credit is that it did an excellent job of explaining the complexities of grieving Mac while being with Pete.

11. Break up with your girlfriend I’m bored ★★ – both the beat and concept are trash. Hard pass. And I’m saying that as someone that wishes someone would break up with their girlfriend even though I don’t know if I would call myself bored.

12. Bad idea ★.5 – maybe it’s just me, but I feel like the beat and singing did not mesh…at all. Like I would 100% skip it and probably be annoyed if I had to listen to it in its entirety.

« Not Quite a Quarter Life Crisis

Jussie Smollett is Everything Wrong With All Of Us »