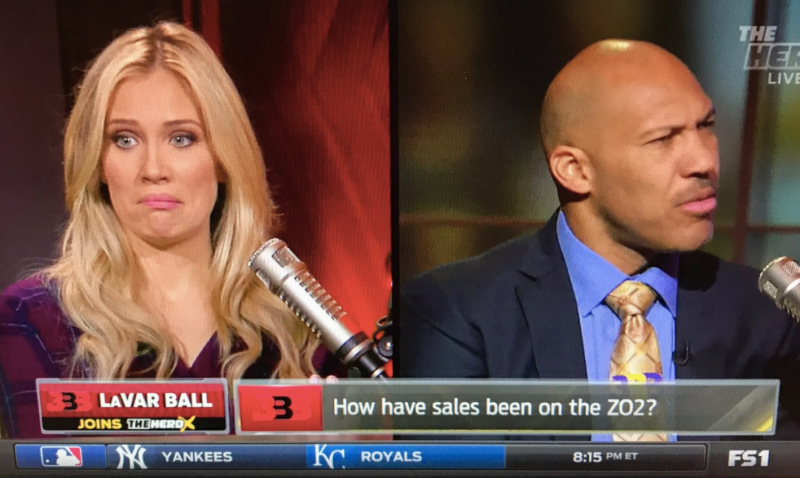 I’m really not a big sports person at all. I like going to games because they provide an excuse to yell and cheat on your diet, but I don’t know a lot about Lavar Ball or Kristine Leahy. I knew everyone was freaking out about the price tags associated with his Big Baller Brand, but I initially didn’t have the slightest clue of why he was trending again.

Even after watching the comments that Leahy made prior to the interview with Lavar Ball, I’m unsure whether or not I have an adequate contextual grasp of what went on.

But here’s what I know:

I for one am fed up with people like Leahy equating any personal or professional issue that someone has with them to prejudice or bigotry. I’m fed up with women like Leahy trying to victimize themselves the second they’re put in the hot seat or their feelings get hurt. And while I’m very aware of the historical context of white women crying wolf against black men, taking advantage of their perceived helplessness and black men’s perceived barbarism, this issue goes far beyond color. If a white male guest had treated a black female reporter that way, I don’t doubt for a second that social media would hop, skip and jump to the conclusion that the guest was both racist and sexist.

So many people in our day and age are all too eager to play the victim. The default assumption is always racism, sexism, homophobia, etc. Not enough people consider the possibility that they may be their own problem. Everyone that doesn’t like you probably isn’t a bigot. Maybe you just suck.