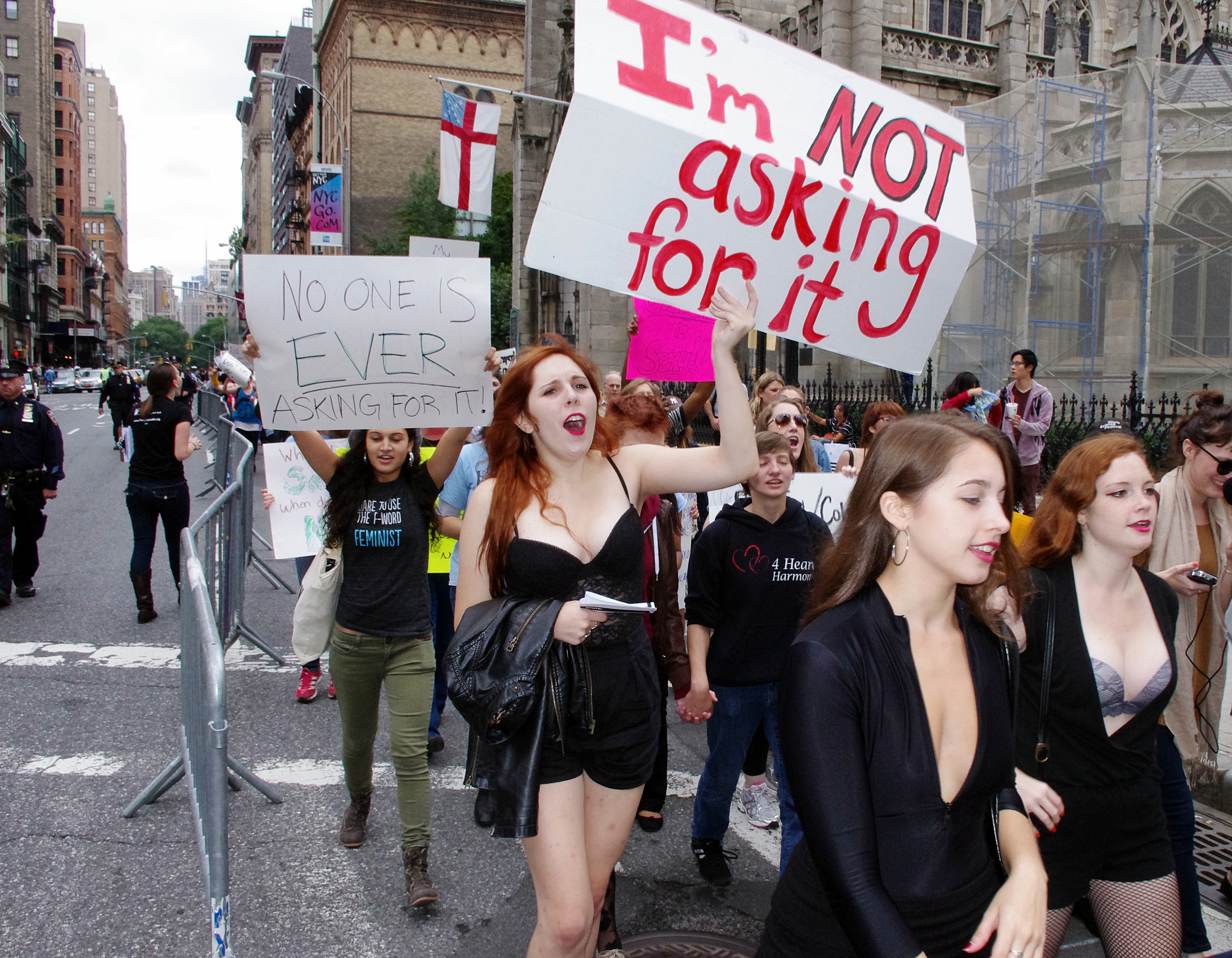 Rape and sexual assault are serious, deplorable crimes that our society enthusiastically condemns. But as feminists continue to broaden the definitions of these crimes, use falsified and grossly exaggerated statistics, promote sexist rhetoric, and incite hysteria they hurt the cause more than they help.

In this piece, I’m going to reveal two very private pieces of personal history because that’s how important it is to get my point across.

When I was in high school, I woke up at 4 o clock in the
morning to someone that I trusted, and had literally no reason to think of me in a
remotely sexual way undressing me. This wasn’t my boyfriend or someone I had ever even flirted with. He had actually tried to kiss me in an elevator that day and I had refused him, not thinking much of it. In a panic, I told myself that I must have been sweating through my clothes or something and pretended to still be asleep. It became very clear that his motives were not to prevent me from overheating. He had removed my bra and had his hand down my pants. I hadn’t even had my first kiss yet. I pretended to roll over in my sleep, hoping he would just give up and leave me alone, and he just kept rolling me back over. I distinctly remember looking out of the window and crying silently with no idea what to do when my back was turned to him. I didn’t want it to be awkward or make a scene because there were other people sleeping in the room, but I had no choice but to get up, because I had no idea how far this pervert was going to go if I didn’t.

That was sexual assault. Some drunk guy yelling “SIT ON MY FACE” or trying to dance with you at a bar is not. To call these these trivial, hyperbolized instances “sexual assault” is a gross disservice to anyone that has actually been violated.

According to feminists, if a woman isn’t stone cold sober and hasn’t been asked twice a minute if she consents to what’s happening, she’s being raped. Even if she does say yes, her heart might not have been in it, and if that’s the case, she was raped. And within that lies the declining validity in rape accusations as well as the belittling victimhood projected onto women by feminists.

The absurd double standards that feminists apply to men and women when it comes to sex indicates that feminists don’t actually think very highly of women. They don’t think women are capable or competent enough to give or revoke consent on their own, and instead insist that men assume that responsibility and constantly prompt them to change their minds, because women can’t be expected to make their own decisions, and mean them. Because even if a girl takes advantage of her roommate’s blacked out boyfriend, she was raped, because…uh…patriarchy. The idea that a man is automatically a predator when two drunk people have sex is not only incredibly insulting to women’s agency, but more importantly assumes men are guilty before they’ve even been accused, let alone had the opportunity to defend themselves. Shouldn’t equality include equal responsibility? A drunk woman should be held just as accountable for her actions as a drunk man. Either they’re both rapists, or neither of them are.

When I was a freshman in college, I met this ridiculously good looking baseball player from UMASS at some trashy Barstool concert. We had been texting on and off for a while, and I was frustrated with how college was going. I decided I was going to be a whore like the rest of the girls at my school, because they seemed to be having way more fun than me. I told the guy to come over. We started hooking up and I was
not into it…at all.

“Come on, I already opened the condom.”

We started doing it. And I hated it. It was terrible. It was the first time I’d had sex since I’d lost my virginity a year and a half ago, and I was in pain. Tears started rolling down my face less than a minute in, and he noticed, and immediately stopped. He got dressed, hugged me and kissed me and told him to text him. It was soooo awkward. I hated it, and it was a dick move on his part but as much as it sucked, I wasn’t raped. I know that if I had stood my ground he wouldn’t have made me do anything I didn’t want to. I wasn’t forced or coerced into anything. I was completely at fault for the course of action of that day.

Here’s the politically incorrect truth: if you aren’t capable of saying no to sex that you don’t want, and taking responsibility for it, you aren’t mentally or emotionally stable enough to be having sex. It’s your job to vocalize your boundaries; not the other person’s job to try to decipher.

Whether or not someone is branded as a rapist should depend on if they forced another person to have sex against their will, not someone’s emotions. Rape isn’t a “feeling,” it’s something that either did or didn’t happen. And the longer people approach rape as some sort of abstract idea that’s up for interpretation, the longer innocent people will have their lives ruined and the longer one of mankind’s most deplorable crimes will be trivialized.

Men aren’t rabid, natural rapists that need to be educated on how not to rape people. Almost every major rape scandal from Mattress Girl, to UVA, to Duke Lacrosse has turned out to be a farse. Feminists are at best misguided and at worst intentionally dishonest in the name of their agenda. Rape culture isn’t a reality in America. Pass it on.