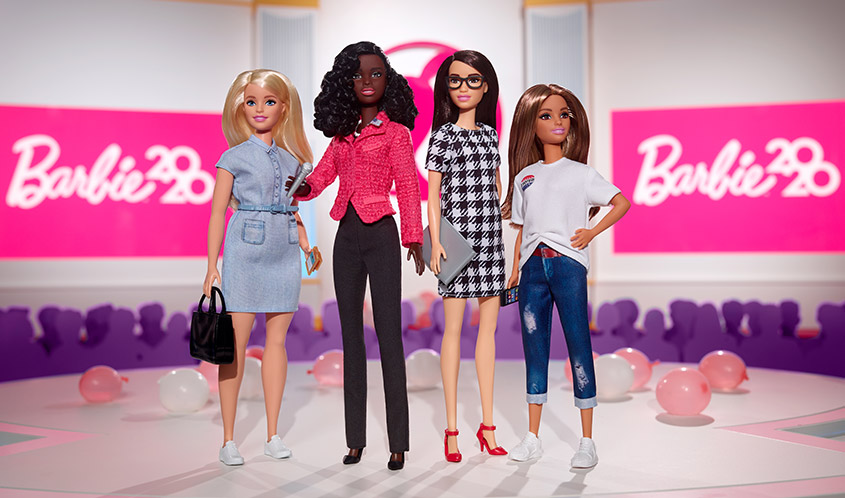 The last time I was writing about a Barbie release, it was 2017 and the company had launched a line of yuppie Ken dolls with commitment issues and Adderall addictions. 3 years later they’ve come out with a campaign team — and I won’t lie, I’m impressed. I think it was a smart move, and as someone with one of the most robust Barbie and Bratz collections of my childhood friend groups and currently working in politics, I can’t help but feel nostalgic. It’s like watching my life come full circle.

I dove headfirst into the political world when I turned 18 after casting my first vote, and never really looked back. I’ve met so many different characters since getting into politics, and I figured I had a decent enough handle on the political personality types to size up Barbie’s new collection.

Candidates’ motivations for running can be broken down into two major categories: do gooders actually hoping to fix something and egomaniacs trying to amass as much power as they can. It’s honestly hard to make that judgment call with only one photo to go off of, but her perfect hair and hot pink tweed Chanel reminiscent jacket are giving me power hungry vibes as much as I hate to say it. I don’t want to assume the worst in people that present themselves well — that goes completely against my belief system — but I feel like Sheila might actually be the candidate from hell that says and does all the right things on camera and in front of voters but makes her staffers’ lives a living hell, and sexually harassed an intern despite having a complete dilf of a husband. Her campaign is running a commercial with her talking to old people at diners and nodding intently with construction workers and everyone at her country club makes fun of her for it.

This girl is literally always 20 mg of caffeine away from a nervous breakdown. She’s incredibly smart and great at her job and one of the few actually nice people that work on the campaign, but makes horrible decisions in her personal life and is currently sleeping with a 41 year old never married bachelor that finds a way to incorporate vests into every outfit he wears. She lives in Navy Yard where she shares an apartment the size of a shoe box with her sorority sister. She’s asking her parents to pay to freeze her eggs for Christmas.

As someone that works in fundraising, I have a love/hate relationship with the ambiguity of her title. Is this girl making calls? Is she high dollar? Low dollar? Events? Digital? Direct mail? “Campaign fundraiser” isn’t a salaried position on almost any campaign; more often than not you’re going to have comms people and maybe campaign managers working with 3rd parties whether they’re committees, consultants, firms or some combination. Going off of this outfit, I’m assuming MK is in digital. She’s one of those girls from the Midwest that’s actually a raging b word but is so polite and even keeled that no one actually realizes what a b word she is. She writes ridiculous emails begging donors to give a $15 donation that will be triple matched before midnight or else her candidate will lose a vital organ. They read like ransom notes and raise hundreds of thousands of dollars. She lives in NoMa and with her boyfriend and a labradoodle.

Chantal is a high school senior whose interest in politics was sparked by binge watching documentaries in quarantine and being left on read for 3 weeks by the college sophomore she hooked up with on spring break. She’s made 14 Instagram infographics on Canva. She’s a vocal advocate for mail in voting that literally does not know how to mail a letter.

In all seriousness, I love Barbie and what it stands for. Barbie sends the message to young girls that they can grow up to be and do anything as long as they’re hot and it’s the kind of lighthearted political positivity we desperately need in 2020.

« Getting Real About Being Single in Quarantine